Navigation Menu
Home » Who’s it for?

Welcome. You have arrived at the central, collective disclosure office for undesirable behaviour in the performing arts, film and television sectors.

This disclosure office and the confidential advisors are independent. The disclosure office was initiated by various organisations in the performing arts, film and television sectors and is for everyone working in these sectors..

Who are we and what can you expect from us?

The confidential advisors work in absolute confidentiality. Just give us a call or send us an e-mail; you don’t need to do anything and we won’t notify anyone without your consent. You may also contact us anonymously. Depending on your requirements, we will do everything we can to assist you. It’s also fine if you simply want to talk about your experience. We will take time to listen to you and advise you. If you wish to take things further, we will help you as far as you want us to. See: How it works!

We are there for you if you are suffering or have suffered from ‘undesirable behaviour’: sexual intimidation or abuse, aggression or violence (including intimidation and abuse of power). It doesn’t matter whether it happened today, last week, or 10 years ago.

We are Jeanette Jager and Freek Walther, so a woman and a man. You can choose who you want to speak to. We have deputies, so you’ll always have someone on the line quickly when we are unable to respond straight away. Our deputies are Dominique Maas, Jeroen Zweerts and Roger Moore. 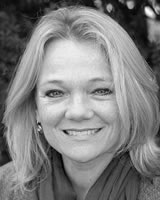 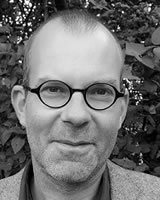 We are certified confidential advisors and have spent many a year talking to victims of undesirable behaviour on a daily basis. We have a duty to maintain confidentiality. We work for organisations in various sectors, but are independent. We do our work from the ‘De Vertrouwenspersoon’ (The Confidential Advisor) office.

All organisations that have signed this agreement are stating that they fully support this agreement and that they do not tolerate the undesirable behaviour described in the agreement. This disclosure office supplements the agreements already reached by the parties on behalf of those who are unable to be party to the existing agreements because they are ‘in between jobs’, for example, or fail to qualify as reporting individuals within the organisation in question for other reasons under this existing agreement, or believe they aren’t being heard or wish to report to someone else. Affiliated parties have reached agreements in order to realise this disclosure office. The agreements can be found in the agreement under How it works!

This website is set up partly thanks to the Netherlands Film Fund, the Performing Arts Fund NL and CFAP.